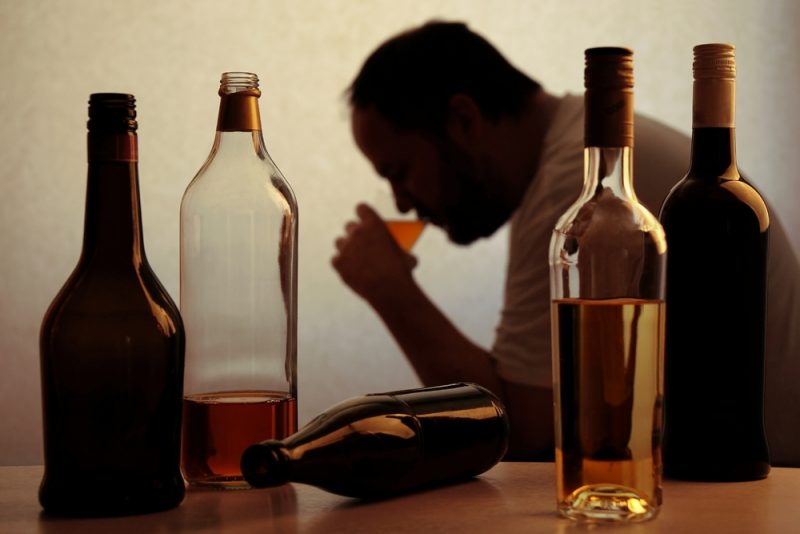 There is no one description that exemplifies what an alcoholic looks like. People of all ages have the potential to become alcohol dependent, regardless of where they live, what job they have or who they know.

Every alcoholic’s experience looks different; the main focus might be the same, but each person does it for different reasons and in different ways. You may not even know that someone you’re very close with is struggling with alcoholism.

But how does someone become an alcoholic? Where is the transition from having a few drinks a night, to losing complete control of their habit? To better understand how it might happen, the following are some of the common factors that may play a part.

Your genes might be a big part of your physical appearance, but they can also play a part in your potential to develop mental disorders, including alcoholism.

To be clear, genes aren’t the precise deciding factor; many people with unfavorable genetics go on to lead completely healthy lives. However, genes may make some traits more prevalent. Other factors that will make a bigger impact include environments and upbringing.

So how does someone become an alcoholic even if it isn’t in their genetics? We may not realize it, but we are constantly being exposed to subliminal messaging and suggestions from advertising, social influences and the media. Casual drinking is an incredibly common pastime in everything from music to movies, and it can have a hidden effect on our subconscious without us even knowing it.

Some of our environments also make alcohol extremely accessible; even now grocery stores are beginning to fill shelves with alcoholic beverages, which is exposing younger audiences to its presence even earlier.

For anyone who is worried about their exposure to alcohol, it can be helpful to avoid bars and clubs where alcohol is a main feature, and to hang out with groups who share the same kinds of values as you.

An individual who experiences some type of physical or psychological trauma might also experience a dependency on alcohol, after relying on it as a coping mechanism for too long.

Even if alcohol makes them feel better in the beginning, the longer an individual drinks, the more they will need to feel those good feelings again. Unfortunately, this slippery slope isn’t always detected by friends in time, and many people will have a dependency before others can intervene or offer support.

If an individual has experienced a traumatic experience, it is imperative that they seek help early on. This means talking to friends and family, or reaching out to a mental health specialist for support. By doing so, they may be able to avoid the dark pathway that leads to alcoholism.

It is possible for many people to have binge drinking episodes without experiencing any long-lasting effects; however, drinking heavily for long periods of time will make a difference in the long run.

This is especially true for those who suffer from illnesses such as anxiety or depression. Binge-drinking may help to numb the feelings they’re trying to avoid, and eventually they could experience full dependency on the substance.

So how does someone become an alcoholic? There isn’t one particular answer that helps to make sense of it all. Most people don’t want to go down the road of alcoholism, but internal and external factors can make the situation worse.

If you know someone who is struggling with alcoholism, consider offering your support through their journey. While not everyone will outwardly ask for help, many are desperate to find it.