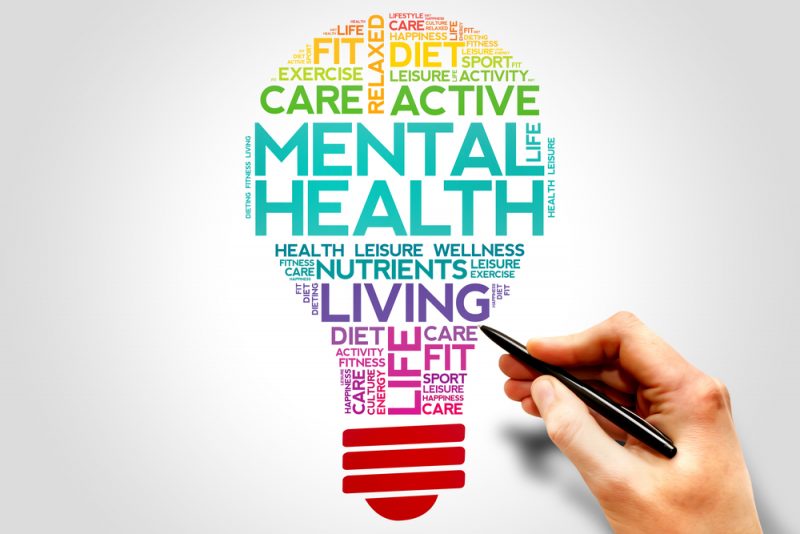 In saying that, it is possible to show signs of mental illness as a direct result of substance abuse, and this condition is referred to as “substance-induced mental disorders”. Substance-induced disorders can occur from the abuse of any type of drug, and the symptoms differ between every drug and individual ranging from mild to severe.

When it comes to alcohol abuse, there is a long list of effects that can occur physically, emotionally and psychologically. If you or someone you know is a heavy drinker, the following are some of the effects of alcohol on mental health that they may experience:

Our mental health relies on the brain’s ability to balance out incoming chemicals, messages and processes. Ingested substances immediately begin to tamper with this complex system, altering the chemicals in the brain and affecting our behaviours, emotions and moods.

Alcohol is a depressant, so it is common that the brain will begin to send out feelings of calmness and relaxation during the first one or two drinks. The brain will also increase feelings of confidence, and cut back on any anxiety.

However, with larger doses of alcohol the chemicals change, and more of the brain becomes affected. Instead of pleasurable emotions, negative emotions will start to take over with more ingestion. Excessive amounts can lead to aggression, high anxiety and even depression.

Serotonin is a chemical in the brain, that works to regulate our moods. Individuals who drink on a more consistent basis will experience their serotonin levels beginning to decrease, which lowers their ability to regulate their moods and react in appropriate ways.

Without the ability to properly regulate emotions, many people may struggle to find happiness or inspiration in things that used to make them happy. It may also be the case that they have trouble communicating with others and responding the way they want.

Effects of Alcohol on Mental Health

Moderate or heavy intake of alcohol may initially create the feelings that individuals seek, such as euphoria, increased confidence and relaxation. However, the short-term effects of moderate to heavy drinking include fatigue, nausea and headaches.

Individuals who are experiencing some form of loss or struggle in life may take the effects of alcohol further, with signs of increased violence, sadness and hopelessness. Prolonged drinking to escape these negative feelings can cause long-term anxiety, depression, dysphoria and violence.

Individuals who are withdrawing from alcohol will continue to experience forms of mood swings and instability, as well as hostility and fatigue. Those with serious alcohol addiction issues may experience withdrawal symptoms including delusions, poor body control and seizures.

Some alcohol dementias are so severe, that brain damage will be permanent.

The effects of alcohol on mental health can range from mild to severe, depending on the individuals amount of usage and the personal struggles they have endured prior to and during their substance abuse.

Alcohol affects mental health by reversing the ability to control our emotions. This lack of control often leads to more serious mental health issues, only recognizable when symptoms from alcoholism have been withdrawn.